360-degree feedback has well and truly conquered the world. There’s no doubting that it offers advantages at both an individual and organisational level, but the system — dependent on self, subordinate, peer and management appraisals — is far from objective. With extensive research detailing the biases introduced by cultural perception, I think it’s time we took a frank look at the international implications for 360-degree feedback.

Two cultural factors have the greatest impact on the objectivity of appraisers; power distance and leniency bias.

A measure of the degree to which society accepts the uneven distribution of influence and authority, power distance (PDI) is very highly correlated with cultural attitudes. Societies with high PDI are hierarchical and expect a clear division between high status and low status individuals. By contrast, individuals from countries with a low PDI see few distinctions between position and function and value being included in the decision making process, regardless of their status.

Leniency bias describes the inflation of performance scores by individual appraisers. This reaction can stem from respect for the appraisee, self-preservation or a desire not to give offence.

Individualism and collectivism can also impact rating accuracy. In collective cultures, the image of group harmony is essential. Communication is indirect and non-confrontational, and individuals actively avoid embarrassing others. In individual cultures, communication is typically more direct, and it is the responsibility of each person to protect their dignity and keep face.

Countries characterised by a high assertiveness (i.e., negative and positive communications are commonplace) experience very little leniency bias, and both peer and subordinate ratings closely match an individual’s assessment of their performance. Similarly, self and subordinate ratings are positively correlated in countries with a low PDI, which means 360-degree reviews are well suited to individualistic, assertive societies with low PDI.

Highly assertive with a low PDI, individualistic Canada and the USA provide the optimum environment for this system. It is quite literally made for them.

In this environment, agreement between self and third party appraisals is indicative of high performance. Interestingly, comparisons with other Western cultures found that even though they had the same attributes (individualism, low PDI and assertiveness), the correlation between self and third party assessments was not as accurate for identifying high performers outside North America.

High PDI countries are known to suffer from leniency bias, with subordinates regularly overrating their managers. PDI also presents another problem, since requesting feedback from subordinates can be interpreted as a lack of knowledge on the part of a manager. Similarly, superiors are less likely to consider feedback from junior staff valid or useful.

Collectivism hinders the delivery of assessments, with confrontation and criticism actively avoided. Additionally, ambiguous communicative styles and a tendency to deliver subtle feedback has also been shown to reduce the efficiency of performance appraisals in these countries.

Displaying many aspects of a collective society, but highly competitive, Japan is caught somewhere between individualism and collectivism. Borderline hierarchical, it was an early adopter of the 360-degree review strategy.

Industry-based studies do suggest a leniency bias here, with individuals receiving the lowest scores from superiors. This phenomenon appears to be unique to Japan and is likely the result of a meritocratic system that promotes high performance.

In mainland Europe, performance reviews are often linked to pay and promotions, and self-evaluation is less common than in the US. Of course, the use of performance appraisals is highly varied. In France, for example, it is unusual for fixed-term workers to receive reviews, while in Germany men are often appraised more frequently than women.

Individualistic and assertive, most European cultures closely mirror that of North America and 360-degree reviews work well here. The UK was an early adopter of the approach, which has been widely used since the 1990s. UK-based studies have credited the system with improved management competencies and increased self-awareness. A 2006 international study cited leniency bias as a problem, with own performance usually underrated by appraisees. Interestingly, the authors also noted a general reluctance to complete surveys and submit feedback.

If managers fully understand the bias and cultural values influencing feedback, then 360-degree reviews are workable in any country. By avoiding comparisons of results across cultures, ensuring the rating scale has enough points for respondents to differentiate, and recognising which cultures are susceptible to leniency bias, leaders can accurately identify high performers and areas for development. 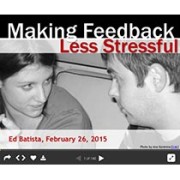 How to make feedback less stressful 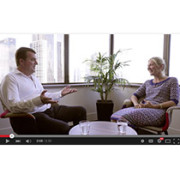 Yes, you. Even the board needs performance feedback.

Australian managers, this is your 360 performance review 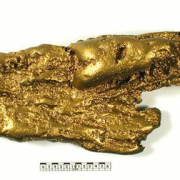 Talent Management Rankings: Our Kind of Olympics
Scroll to top